How Christians Should Speak to the Government

How Christians Should Speak to the Government

Segment 1 (0:00) – Todd opens up by introducing letter by Reverend Daniel Hyde addressing the U.S. Govt. on its involvement in moral issues.  The letter addresses the Govt. is going outside of its realm and that the Church is to address the truth and calls on the Govt. and Supreme Court to repent and repeal the 5:4 Supreme Court to vote to allow same-same marriage in all 50 States.

Segment 2 (8:22) – Todd continues to address and read Rev. Hyde’s letter.  The letter reiterates that he (Rev. Hyde) and his Church understand the importance of Govt. with supporting Bible verses.  It takes the reading of half the letter by the time the word “homosexuality” is even mentioned.  The letter continues that homosexuality is the overturning of God’s created order.  The letter calls upon the Govt. to repent and realize that it may have its say now, but some day God will have the final judgement.

Segment 3 (18:16) – The letter continues explaining that it understands that by confronting the Govt. in this loving, but commitment to truth, it is prepared for the repercussion of confronting this decision and sin with the truth.  Todd closes the episode asking the viewers if they are willing to do the same. 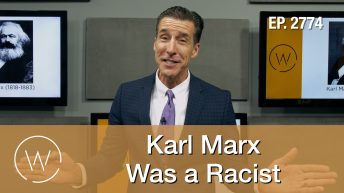 Karl Marx Was a Racist 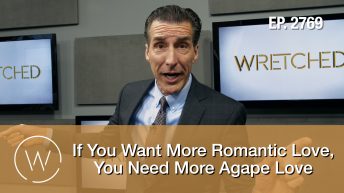 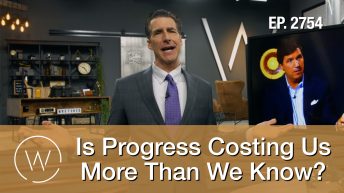 Is Progress Costing Us More Than We Know?