Hollywood Has Realized Christians Are a Good Buying Demographic

Hollywood Has Realized Christians Are a Good Buying Demographic

Segment 1 (0:00) – Todd asks, “Can you judge a movie by its’ trailer?” Let’s try. The Identical trailer previews. We get some hints: Statement from the movie, “It’s a man’s job to stand in his truth.” Does that mean “The Truth” or one’s own truth? The Song trailer previews. The wed site states, “Is this the sexiest Christian movie ever?” That’s a clue. We will do what the Bible says we are supposed to do, we will discern even movie trailers.

Segment 2 (8:51) -When the Games Stand Tall trailer previews. Question: Where is Jesus in this faith-based movie? Instead they stress passion, community, and brotherhood. The Genesis Movie trailer previews. It is not produced by Hollywood. It is a very expensive movie to produce and Eric Hovind and the boys are seeking donations to bring it to completion. It is a movie to show what creation looked like and it is actually based on the text of Genesis which says God created the earth in 6 literal days.

Segment 3 (16:24) – Audacity, the movie, is just wrapping up, but Todd has been sworn to secrecy. By the way, Todd has a part in this Ray Comfort production. Here are scenes of Ray doing open air preaching, which he has been doing faithfully for four decades, drawing a crowd, and giving the Gospel: Repent and put your trust in Christ today! 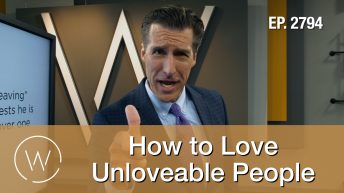 How to Love Unloveable People 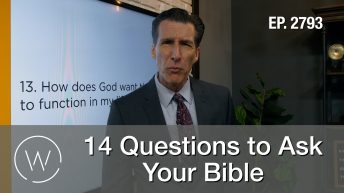 14 Questions to Ask Your Bible 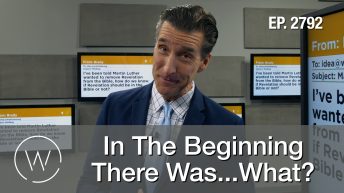 In The Beginning There Was…What?