Intolerance to Christians is Getting More Prominent in Society

Intolerance to Christians is Getting More Prominent in Society

Segment 1 (0:00) – Christians are now being told to stop being intolerant. More fallout from what Kirk Cameron stated about being gay and gay marriage. Peirs Morgan finds fault with Christians clinging to the Bible and stated the Bible is a good book that needs to be dragged into the 21st century. Rosie O’Donnell responds directly to Kirk about what he said.

Segment 2 (8:38) – Hillary Clinton giving a speech that women have the right to their own choices but extremists focus on controlling women, even here at home comparing Christians and the Taliban as being the same. Post modernism used to be kind of cute but has become a tolerance/intolerance trick and nobody has the market cornered on the truth, but that is actually them imposing their truth on Christians. People are angry at the Church because it only speaks about what’s moral, you must be moral, but not mentioning the Gospel side of the equation. It’s not about do this or do that, but what was done for us.

Segment 3 (16:53) – If Christians call out sin for what it is, we are the bad guys. Christians are told to be intelligent and not spread that kind of hate, or you will be hated for it. Our only response to this is to quote the Bible, a two-edged sword and remember it is a spiritual battle. Give the Gospel even if they don’t believe it and the Holy Spirit will work on their hearts. 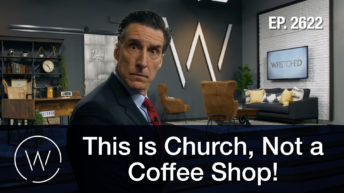 This is Church, Not a Coffee Shop! 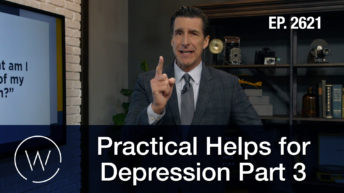 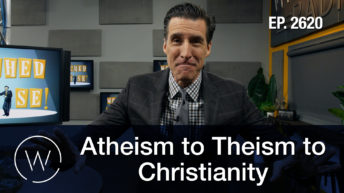 Atheism to Theism to Christianity