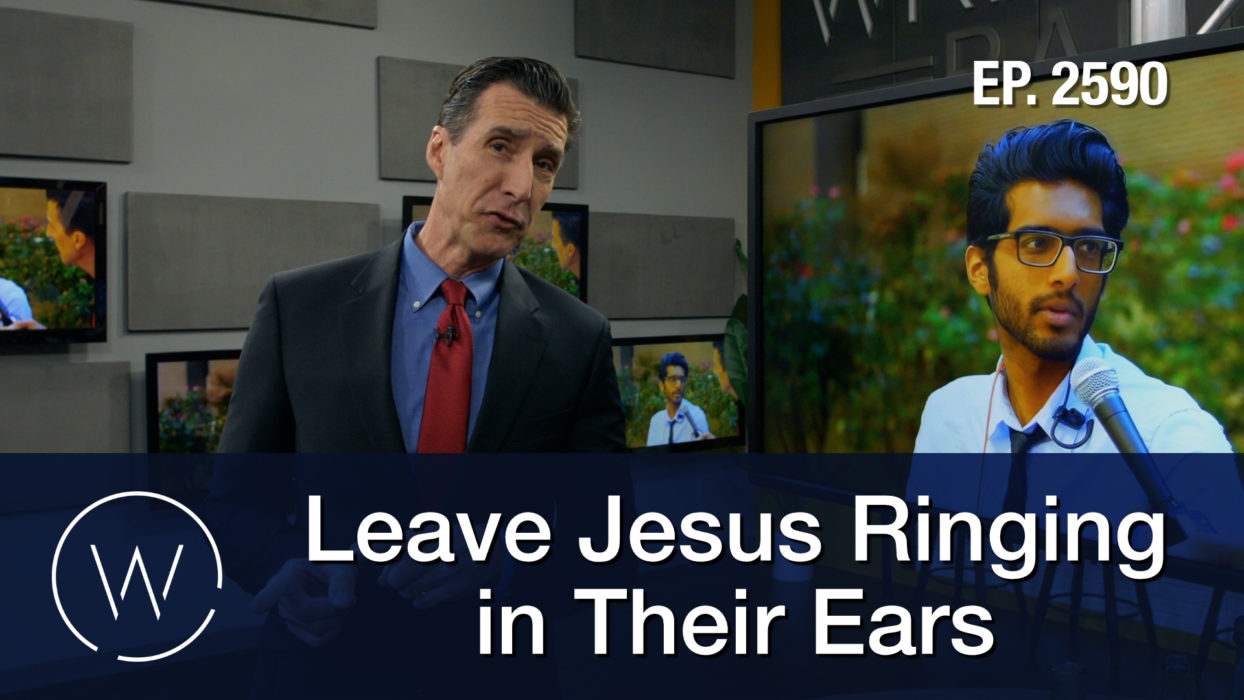 Leave Jesus Ringing in Their Ears

Segment 1 (00:00) Todd shows an encounter he had with Chris, a university student, where he tried presenting the Gospel with a technique used by Blaise Pascal. Todd asks him several questions, and brings up the Law of the Bible. Chris comes from a Christian family but doesn’t personally think you need to do everything by the book.

Segment 2 (08:17) Todd continues with his encounter with Chris. Todd explains how the Bible explains good and evil, and shares Jesus and the Gospel. Chris argues that everyone has their own decision to make. Chris thinks people choose to reject because, inside their own hearts, they think they can do better. Todd asks Chris what would keep him from choosing God personally. Chris says that other religions claim that they have the right path to God and asks Todd how does anyone know that they have the right one?

Segment 3 (16:28) Todd says other world-views have the method of works to get to Heaven, while Christianity is all because of what God has done. Chris and Todd agree that it is just free will keeping him from choosing God. He wants to choose his own path. Chris argues how do you know that you haven’t bought into an idea that is false. Todd states that the linchpin is the resurrection of Jesus Christ. Chris says that he will do research and take what Todd said into consideration. 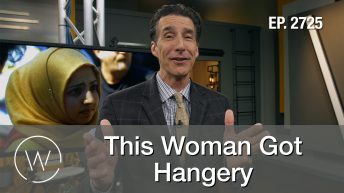 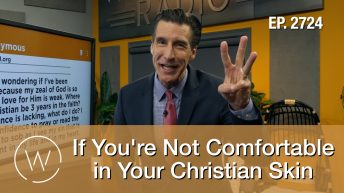 If You’re Not Comfortable in Your Christian Skin 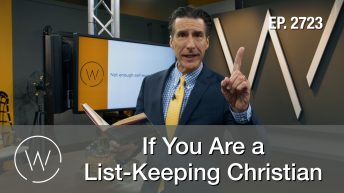 If You Are a List-Keeping Christian